A type of rhizome that is enlarged by storing a large number of nutrients. Since it is a deformation of the stem, there are buds in the leaves’ degenerated part, and the buds, leaves, and flower stems are extended from here. Typical examples are potatoes, Chinese artichokes, anemones, and cyclamen, which breed. There is regularity in the position of the stem buds. For example, potato buds are arranged in a spiral, which is the same as the spiral of the rhizome’s alternate phyllotaxis. These all are vegetables that grow underground.

Tubers are important in nutrition and can enrich our diet and cooking. But what are tubers?  They are edible roots in which the plant contains the energies and micronutrients essential for developing the stem. To make it simple, a tuber works like a bank account: vegetable stores all the substances it will need during the winter. Eating one thus corresponds to a sort of robbery, which allows us to obtain many microelements.

Understanding the main characteristics of tubers or underground vegetables helps us understand what they are and their effects on our health.

For the same calories, the vegetables that grow underground contain more of these microelements than many cereal bowls.

Energy density lower than that of legumes and cereals. Having a lot of water, they contain fewer calories for the same weight.

Improvement of affinity with glucose. By consuming the tubers, we increase our ability to absorb glucose. The high content of water and dietary fibre means that sugars are absorbed little by little, thus improving our carbohydrate metabolism.

The ideal would be to forget our habits about taste and start rediscovering the original flavour of lightly processed and seasoned foods. We are led to cook everything, or, for example, to remove the skin because it is more bitter. Returning to the original flavour

is the first step in improving our health.

This does not mean that all tubers should be eaten raw. Most are edible even when raw, but some are not (like potatoes). In some cases, cooking can also have positive effects. For example, in the carrot, the heat breaks the bonds of cellulose, and beta-carotene becomes much more bioavailable. Carrot is, in fact, an excellent cooked and raw food.

A good step forward would concern expanding the range of tubers or vegetables that grow underground you generally consume. Many tubers are also easy to find; going to the supermarket, I wrote a list of tubers that you can find:

The main purpose of the tubers or the vegetables that grow underground is that of the organ in which carbohydrate reserve substances (starch, inulin, etc.) are accumulated, which serve to ensure the plant’s survival during the winter.

On their surface, the presence of auxiliary buds (called “eyes”) that can develop in a new individual makes these organs play an important role in vegetative multiplication.

Due to the high nutritional properties of the substances in them, the tubers have assumed a very important role in human and animal nutrition.

Carrots are types of vegetables that grow underground or tuber zed roots rich in beta-carotene, an antioxidant carotenoid with pro-vitamin A. Some research shows that a higher intake of carotenoids, such as beta-carotene, may be associated with a lower risk of certain cancers, including cancer of the prostate, colon, stomach, and breast. Furthermore, getting adequate amounts of carotenoids can protect against age-related macular degeneration (AMD), the leading cause of vision loss in the elderly.

Onions are foliar rich in fibre, vitamin C, and antioxidants. Research shows that eating onions can be associated with a wide range of health benefits.

Red onions contain significant amounts of anthocyanins, which are plant pigments belonging to the flavonoid family. Observational studies have found that people who consume higher amounts of anthocyanin-rich foods have reduced heart disease risk. Onion is also the type of vegetables that grow underground.

Potatoes are vegetables that grow underground and an important source of micronutrients, such as vitamin C, vitamin B, potassium, folic acid, iron, and a significant amount of fibre to the diet.

These tubers are also a good source of antioxidants, including flavonoids, carotenoids, and phenolic acids. In this sense, red-skinned potatoes appear to be more active in fighting free radicals.

Cooked and chilled potatoes are also high in resistant starch, a type of starch that passes undigested through the digestive tract and helps feed beneficial gut bacteria.

Three potatoes of different sizes. However, the smaller ones are preferable because, when young, they have less solanine, which, as you will remember, can be toxic if in large quantities.

The tubers have been gradually removed from our diet, except the potato due to economic production. In reality, the potato wouldn’t even be the best tuber. It has fewer micronutrients (such as vitamins and minerals) and belongs to the nightshade family; it contains solanine, which is toxic in high quantities.

Precisely because potatoes are not the only tubers, now we will see together which are the edible tubers. I will also provide you with a list of those you can find in the supermarket, such as Jerusalem artichoke.

The boiled potatoes are incredibly satiating food, so they can promote weight loss. In a study, boiled potatoes demonstrated the highest satiety score of all 38 foods analyzed, even compared to foods rich in protein and fat.

Garlic contains various sulfur compounds (rich in sulfur), including allicin, which is the main source of its medicinal properties. it is also on the list of vegetables that grow underground.

As mentioned above, allice enhances the absorption and retention of vitamin B1, and also, the odourless scored of nine of garlic has a strong redox effect. According to folklore, it rejuvenates body tissues, stimulates metabolism, helps recover from fatigue, and has tonic and fertility effects. On the other hand, the tonic and ferocious action and odour were hated in the Buddhist world of Indian origin, as “not allowed to enter the Kunshu Sanmon” as “causing troubles and hindering training.” 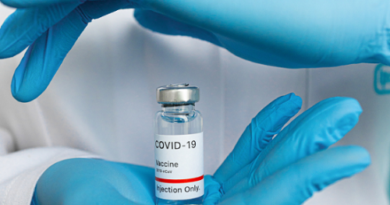 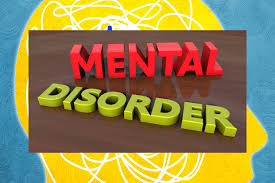 4 thoughts on “benefits of Vegetables that grow underground (tuber)”