Have you heard about monkeypox? Is the monkeypox virus spreading by in your country? A zoonotic virus appears to be spreading over the globe in the wake of the ongoing COVID-19 pandemic. 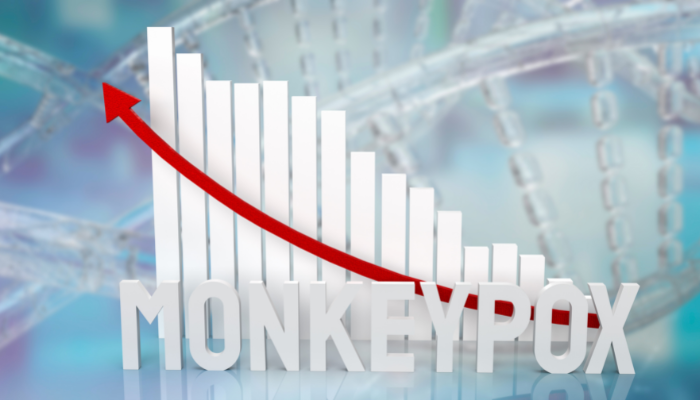 Monkeypox has spread across at least 30 nations since early May, including the United Kingdom, Spain, Portugal, Australia, and the United States. According to the World Health Organization, the number of cases has risen to over 550 worldwide as of June 1. (WHO).

Since May 7, over 200 cases of monkeypox have been verified in the United Kingdom. Except for “a family cluster with two verified cases and one suspected case,” WHO officials claimed during a press briefing on May 17 that these are generally isolated occurrences.

Canada and the United States recently joined these countries in detecting and tracking the virus. But the question is, what is monkeypox, and where does it come from? How to avoid monkeypox? What is the possible treatment of monkey pox?

This article will explain everything about the monkey pox and its effective treatment.

Monkeypox is a zoonotic virus, meaning it spreads from animals to people. Cases are most common near tropical rainforests, where the virus-carrying animals reside. 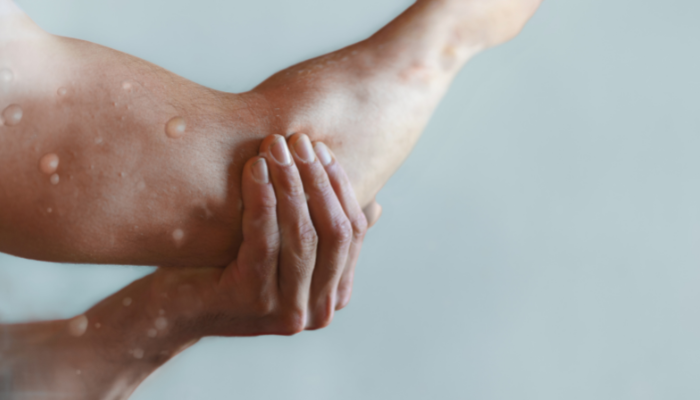 The orthopoxvirus family includes the monkeypox virus. It also has two genetic strains or clades: the Central African (Congo Basin) clade and the West African clade. The Congo Basin clade has a reputation for spreading quickly and causing severe symptoms.

Monkey pox is found natively in Africa, particularly in the west and central African countries. Cases in the United States are uncommon and are linked to international travel from areas where the disease is more prevalent.

Symptoms and signs of monkeypox are

In addition, it causes symptoms that are comparable to smallpox but are less severe.

The incubation period, or time between infection and the start of symptoms, can be anywhere from five to 21 days. The disease usually lasts two to four weeks.

People with underlying immunological weaknesses and small children are more likely to have severe cases. In recent years, the case fatality rate of monkeypox has been around 3-6 percent.

How is the smallpox virus transmitted?

Although human transmission of the monkeypox virus is rare, it can occur through close skin contact, air droplets, bodily fluids, and virus-infected objects.

The majority of recent occurrences of monkeypox in the United Kingdom and Canada have been recorded among males who have sex with men who have received sexual health services at health clinics.

“This is new information that we need to thoroughly study in order to gain a better understanding of the dynamics of local transmission in the United Kingdom and other nations.”

How to prevent monkeypox?

A smallpox vaccine can protect against monkeypox, but it’s only available to persons who work with the variola (smallpox) virus in a lab. Human contact with diseased animals must be reduced, and person-to-person transmission must be limited. You can protect yourself from the monkeypox virus by doing the following:

Potential complications from having monkeypox

Is monkey pox a fatal disease?

According to the CDC, one out of every ten cases of monkeypox results in death.Cases that are more severe are more likely to result in death. Severe instances are associated with the following risk factors:

Having been exposed to the virus for a long time , having poor general health, and experiencing complications. In severe cases, the lesions may clump together, causing the skin to fall off in huge chunks.

When should monkey pox be screened, and how is it diagnosed?

If you have any of the following symptoms, you should get screened for monkeypox:

Live with or work with people who have gotten monkey pox, have traveled to a country where monkey pox is more common, or have interacted with imported animals ate partially cooked meat or other products of sick animals after being bitten or scratched by infected animals. visit a tropical rainforest or live close to one Several approaches are used by doctors to diagnose monkeypox: 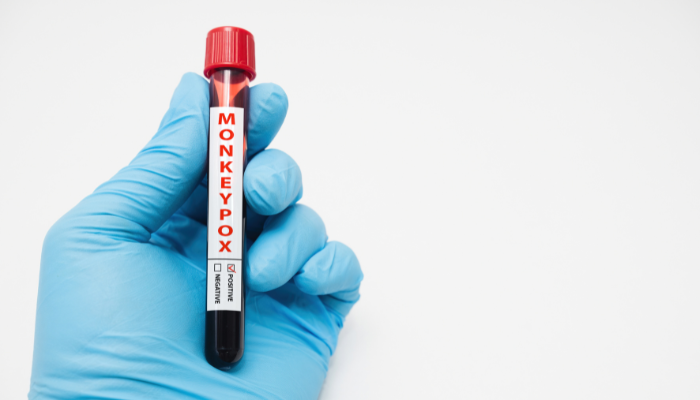 This includes your travel history, which your doctor can use to assess your risk.

The fluid from lesions or dried scabs is tested in this procedure. A polymerase chain reaction (PCR) test can be used to check for the virus in these samples.

A biopsy occurs when a bit of skin tissue is removed and tested for the virus.

Blood testing is usually not advised. Because the monkeypox virus only lingers in the blood for a brief time, this is the case. As a result, it’s not a reliable method of diagnosing monkeypox.

Monkey pox is a very rare viral infection. It’s a zoonotic disease, meaning it passes from animals to people. It can also be passed from person to person.

Fever, muscle aches, and swollen lymph nodes are among the early signs. The condition causes a rash on the face and extremities as it progresses. Lesions turn into fluid-filled blisters, which ultimately dry up and fall off, resulting in a rash. The rash usually begins on the face and moves down the body, usually to the arms and legs. It can, however, occur in other regions of the body.

Monkey pox is mostly seen in Central and Western Africa’s tropical zones. Getting screened for monkey pox is critical if you’ve recently traveled to these areas.