Do you know spice can help you to lose weight faster? Most people use a lot of spices in their food to make it more delicious, but they are unaware of the benefits of spices. Because these spices not only make their food yummy, it also helps to reduce extra fat. Moreover, it is the perfect solution for those who want to see their pounds fly within a short time. you can that these spices for weight loss. It is the easy way, add a pinch of spice and get long-term benefits.

Additionally, these spices enhance the taste of your bland food. If you are on a low-calorie diet for weight loss, it helps make your food more attractive that will help you shed pounds in the short term. You don’t need to spend extra money on it because these spices are readily available in everyone’s kitchen, such as cumin, ginger, cinnamon, black pepper, red pepper.

Furthermore, all the spices have healthy nutrients, which help boost metabolism, aid in digestion, and promote weight loss. These spices or herbs have a specific aroma that makes the dishes more attractive and delicious.

Here are few spices are mentioned below which promote healthy weight loss.

Fenugreek is a common spice that is scientifically known as Trigonella foenum graecum. It is a readily available spice and an essential ingredient in every kitchen. People use this ingredient in different dishes to enhance the taste.

Additionally, fenugreek is the best spice that helps to lose weight. Moreover, it helps in digestion, control craving, and lower the appetite.

According to the study report, the daily use of 8 grams of fenugreek fiber keeps the stomach full for a long time. It reduces hunger that helps people to eat less amount of food. That helps to promote weight loss.

Another study showed that daily use of fenugreek seed extract reduces the fat intake by 17 percent other than placebo. Additionally, this study stated that it reduces calorie intake. That is the favor of weight loss.

Cayenne pepper is a common spice that is just like a chili pepper. It is widely used in various dishes for flavor and aroma. This spice has special compound capsaicin that made the cayenne hot in effect.

According to a study the cayenne boosts metabolism, and it controls hunger and craving.it aids in burning more calories because it increases the metabolic rate.

Another study of cayenne showed that capsaicin supplements the feeling of fullness and decreases calorie intake.

Ginger belongs to a family of spices known as zingiber officinale(a flowering ginger plant). It is used as a cure for many diseases. According to a study, it is also beneficial for weight loss. It was also shown that it reduced body weight and cut down belly fats. Moreover, a study further showed that it reduces weight by increasing the rate of metabolism and reducing fat absorption as well as apatite.

Oregano is a perpetual herb with the exact origin of thyme, basil, mint, sage, and rosemary. It helps in weight loss because it contains a powerful compound, “carvacrol,” which also has antioxidant properties. An experiment was carried on mice, and the result showed that those who got carvacrol in food acquired less weight compared to the control group. carvacrol directly acts on some genes as well as proteins that direct that fat synthesis in the body.

Ginseng is beneficial for health as it contains health-promoting properties. It is the primary component of traditional Chinese medicine. There are several types of it, like Korean, American, Chinese, but they have the exact origin. They are derived from the ginseng plants’ genus. According to many studies, it is beneficial in the weight loss process.

According to an experiment, you can lose weight by taking Korean ginseng twice a day for approximately eight weeks. It also changes the composition of microbiota present in the gut.

Caralluma Fimbriata is the main component of many diet pills. It performs its functions by increasing the production of serotonin. Serotonin is a neurotransmitter that has a significant effect on appetite. An experiment was carried out, and the result showed that people who ate Caralluma Fimbriata lost their belly fat and weight much more than those who didn’t take it. According to research taking 1 gram of Caralluma Fimbriata for about two months reduced fat and appetite level.

Turmeric is a very commonly used spice, and it is very famous for its flavor, smell, vibrant color, and potent medicinal qualities. Most of its medicinal properties are because it contains a very effective ingredient, “curcumin,” proven to be very effective as an anti-inflammatory agent and in weight loss. A study was conducted which showed that 44 obese people who took curcumin twice a day for one month, has a rapid reduction in their weight.

Similarly, an animal study proved that the supplementation of mice with curcumin for 4 months was proved beneficial in reducing body fat and body weight by blocking the synthesis of fat.

The critical point is that these studies used a highly concentrated amount of curcumin than the amount usually present in a typical dose of turmeric.

Black pepper is commonly used in households to enrich the taste of All desi and continental foods. It is a spice derived from the dried fruit of Piper Nigrum, which is a flowering live in India.

It has a powerful and effective ingredient called Piperine, which has an intense flavor and weight-lowering benefits.

A test-tube study also showed that supplementation with Piperine inhibited the formation of fat cells.

Gymnema Sylvestre is a very famous herb that is used that reduces blood sugar levels. Besides, it has also proven to be effective in weight reduction and making lives easier. 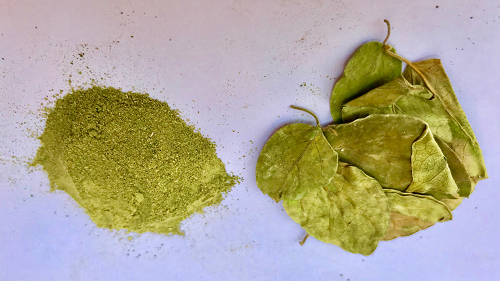 Its main ingredient is a compound called gymnemic acid, which helps in reducing the perceived sweetness of food, thus fulfilling sugar cravings.